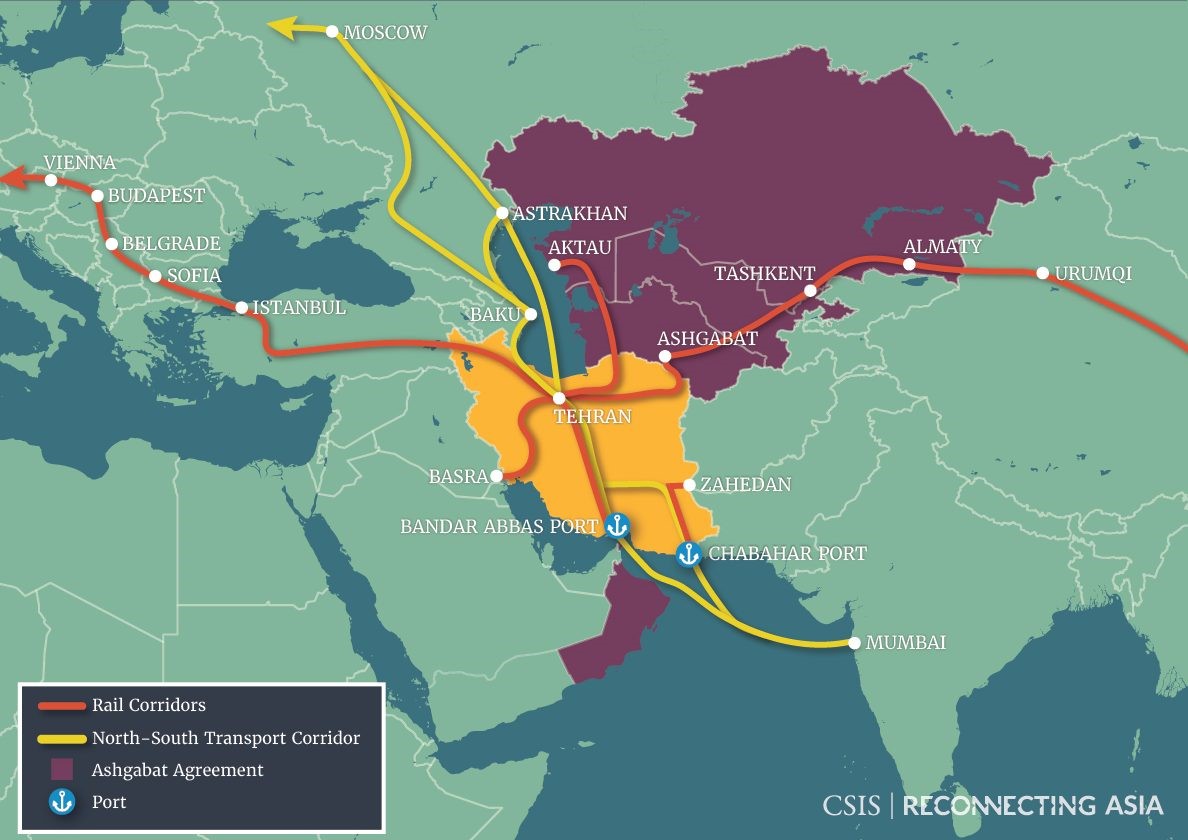 The Ashgabat Agreement is a multimodal transport agreement for facilitating transportation of goods between countries in Central Asia and the Persian Gulf through creating a network of international transport and transit corridors that link major regional transport hubs and ports.  The agreement, originally signed in April 2011 in Ashgabat, Turkmenistan by the governments of Iran, Oman, Qatar, Turkmenistan and Uzbekistan, can potentially become a significant foundation for facilitating Eurasian integration.

After the withdrawal of Qatar from the agreement, the remaining four countries signed a memorandum of understanding for implementing the agreement in August 2014. In 2015, Kazakhstan joined the agreement. Askar Mamin, President of Kazakhstan Railways, said that rapid economic development of China, Central Asian states, Iran and other Persian Gulf countries will make use of transportation network when some sea cargoes can take transcontinental land routes.

In November 2016, Pakistan announced its decision to join the Ashgabat Agreement. On the sidelines of the IISS Manama Dialogue 2017 , Badr bin Hamad Al Busaidi, the Secretary-General of the Ministry of Foreign Affairs of the Sultanate of Oman, asserted that the Gulf countries have a great opportunity to benefit from the Ashgabat infrastructure projects. He added that those projects will benefit all countries in the region, and not only the signatory countries.

On February 1, 2018, India has also become a signatory of the Ashgabat Agreement. India has hoped to gain access to the energy and other sources in Central Asia through the transportation network. With India’s joining of the Ashgabat Agreement, it is believed that the Agreement has given impetus to the International North-South Transport Corridor, which shall connect Russia with India via transportation networks of countries between them.

The successful implementation of the transportation network shall allow resources rich signatory countries to access the energy deprived population in South Asia, as well as the huge energy demand in East Asia and Europe.